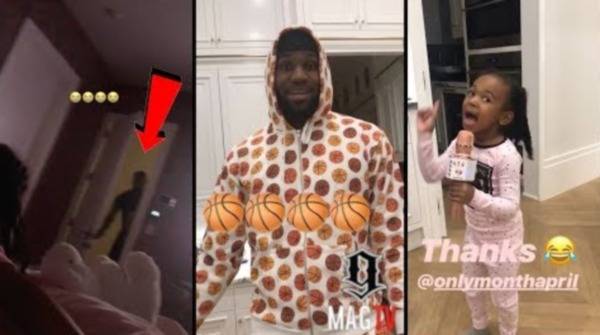 Check out this must-see video about the life of Richie Parker, a man who overcame being born without arms to become a chassis and body component NASCAR engineer for Hendrick Motorsports.

Theballerlife.com has just learned that NBA star Dwyane Wade and his ex-wife Siohvaughn Funches have reached a financial settlement to finally end their public divorce saga.

The financial settlement was just announced after Ms. Funches sat on a busy Chicago street over the weekend and said Wade left her homeless and broke (click here if you missed that story).

According to close sources, the two sides agreed that Dwyane will reportedly pay Siohvaughn a lump sum of $5 million dollars, plus $25,000 a month and all monthly payments on her Chicago home.

Funches made an appearance on Chicago’s ABC 7 early this morning and said she’s forgiven Dwyane and hopes the public can now forgive her.

At the premiere of R&B Divas: L.A. recently, comedian/actor Kevin Hart’s ex-wife, Torrei Hart, chopped it up with HipHollywood.com about her current relationship with Kevin after their very public and somewhat messy divorce.

On the red carpet at the ESPN The Magazine’s “Body Issue” party last week, NFL star Brandon Marshall and wife Michi Nogami-Marshall chatted with “Black Tree TV” about their upcoming projects including opening up a fashion boutique in Chicago.

Also, other professional ball players and their wives/girlfriends were spotted on the red carpet including Dwyane Wade and Gabrielle Union, Russell Wilson and wife, and many more.

Actress turned talk show host Tamera Mowry-Housley and her co-hosts of the new talk show, “The Real,” stopped by the Hot 97 studios in New York recently to discuss several hot topics circulating around the celebrity blogosphere.

During the interview, Tamera, now 35, revealed that she lost her virginity when she was 29. She also said that she only had s*x with one man, and that’s her husband Adam Housley (pictured above).

Over the weekend, music power couple Jay Z and Beyonce joined Reverend Al Sharpton and Sabrina Fulton at a rally honoring the life of the late Trayvon Martin.

The pair “kept a low profile” and decided not to speak at the rally, which was attended by more than 1,000 protesters.

Here is the official statement from NBA star Dwyane Wade’s attorney regarding his ex-wife Siohvaughn Funches’ claim that he left her broke and homeless.

NBA Star Dwight Howard Finally Speaks Out About The Man Claiming To Be His Alleged Ex-Boyfriend: “I’m Not Gay!” (Video)